So, dropped James off at his digs at University of Edinburgh for him to embark on 4 years of intensive studying . Stopped off for the night on the way at a lovely hotel, the MacDonald Leeming House on the shore of Ullswater in the Lake district. Then on the next morning to get him settled in his new home. 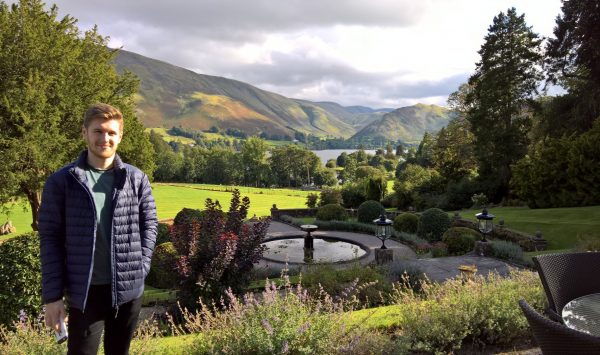 Rather than lots of words, bunch of pics below with appropriate (or not) titles… First snaps of our abode in the Lakes – and the Brackenrigg brewpub:

Panorama from the pub 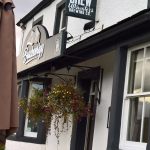 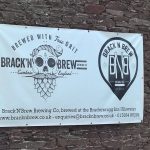 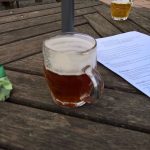 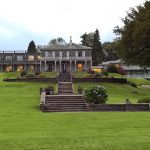 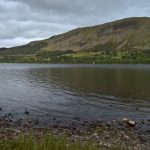 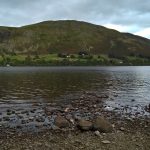 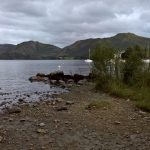 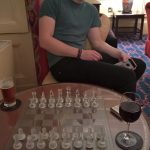 … and yes, he won the game damnit 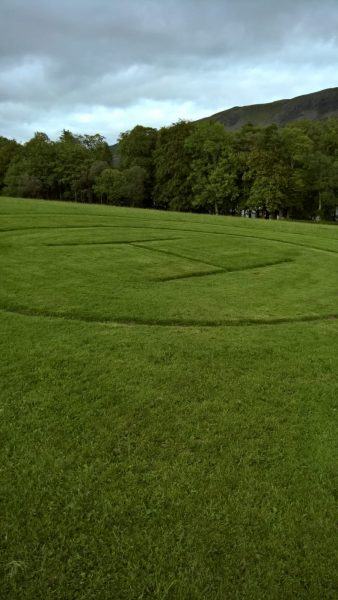 A helipad. Mowed into the lawn…

So then we moved on to Edinburgh after a nice breakfast. It was clear that while James valued my help in getting him and his kit to his residence, he had no problem with me bailing thereafter. Seeing the great view from their kitchen (of Salisbury Crags and Arthur’s Seat in Holyrood Park), I decided a hike would be appropriate. The view from the top of the Crags was equally impressive – and the sun came out! 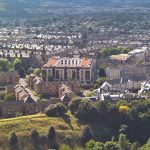 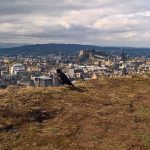 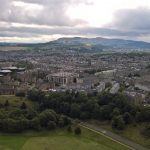 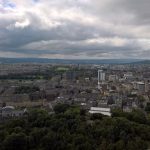 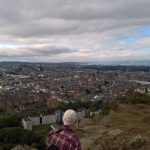 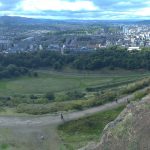 Having thus worked up a thirst, I decided a pint of Tennents was in order – and unwittingly found what will probably become his local. Barmaid was a 4th year student studying Ancient History, and it was clearly a most student friendly pub: 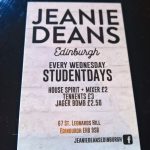 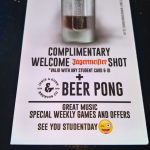 We even got shots of the infamous Buckfast…

Then, as hardly any of his housemates had turned up, James decided that a beer at said local, then early dinner at a famous Edinburgh landmark (the Greyfriars Bobby, named for the famous terrier), was a good idea. Having said farewell for the second time, I then proceeded to stroll around the castle and old town. One thing I can safely say this city doesn’t lack – vertiginous sets of stairs. 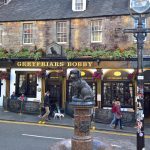 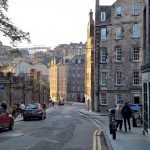 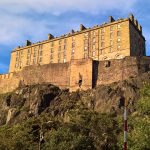 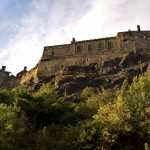 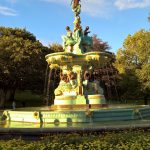 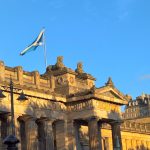 Oh, and finally – a quick video view of his digs: