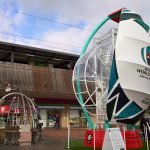 Breakfast at Little Mermaid again. Just outside at the front of the station, there is a statue of a man called Kumahachi Aburayama. After travelling the world, he returned to Beppu to run a hotel. Using PR techniques he had learned in the US, he was very successful in promoting the Beppu and Yufuin spa areas to the world. Fittingly, he has been clothed in the local rugby team strip (even the little boy hanging from his cape has it) for the Rugby World Cup this year

50 min walk to the sand baths at the beach – very relaxing. Basically, you strip, put on a lightweight cotton yukata, then two ladies bury you in hot volcanic sand for 15 minutes. Amazingly it wasn’t too hot for me, the beach breeze kept my head fairly cool. On the way there, a long pier that looked equipped to berth fairly big ships (though I can’t see that it would be deep enough) was decorated with the Union Flag and the flag of Australia. Intriguing. 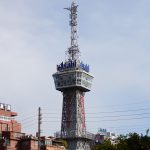 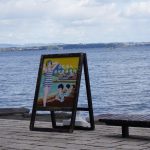 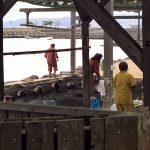 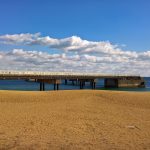 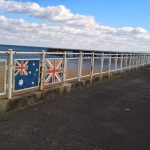 Afterwards, hopped on an Oita bound bus to visit the monkeys at Takasakiyama again. Main difference this time – it was bloody freezing with a stiff breeze. I envied the macaques their fur coats. 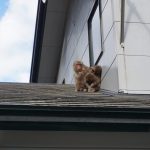 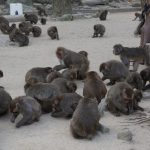 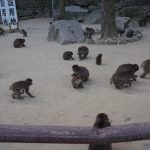 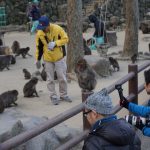 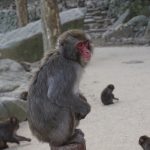 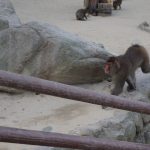 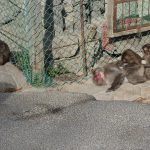 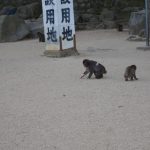 Headed back to the hotel to catch up on laundry and blogging. 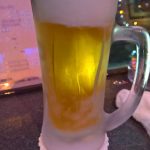 Before dinner had a walk down to Beppu tower: https://www.japantowers.jp/en/. Kind of run down, many panes of glass with cracks and definitely needs a clean. Down one level to the bar, a curiously kitsch ’70s affair, with an older group (clearly regulars) round at the main bar. Oddly the barman didn’t invite me to sit there, but at the next side looking over Beppu. Pretty good view though. He kept the glasses so cold in the freezer, that the beer started to freeze at the bottom would then break off to form beerbergs of foam. 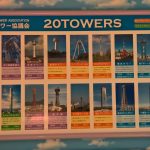 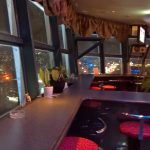 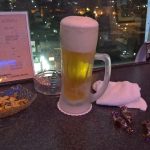 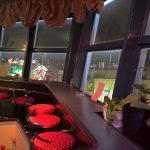 The 20Towers organisation promotes tourist sightseeing towers around Japan. Turns out I’ve now been to 5 out of the 20, a new list to conquer!!!:

Dinner was the 2nd round at izakaya Kansha. Great grilled fatty Othoskh Atka mackerel with mushrooms stir fried in butter, washed down with Kubota highballs.

Aso: Cute train and a crater